Before the pandemic aviation emissions, currently around 2% of the global total, were the fastest growing in the transport sector, increasing about 6% a year and projected to be nearly a quarter of all carbon emissions by 2050. With the richest 10% of us responsible for three quarters of them. And industry projections, mid-Covid, have passenger numbers rising between 60 and 100% over the next 20 years. Whether or not these projections are realised post-Covid, the industry’s responsibility is to get them to zero.

According to the Air Transport Action Group (ATAG), the not-for-profit association representing all sectors of the air transport industry, annual international passenger-kilometres flown will more than double in the next 20 years — from 6.2 trillion in 2016 to 12.8 trillion in 2036. These projected increases are largely driven by the anticipated increase in demand for travel from the ballooning middle classes in India and China.

And our economies are becoming dependent on aviation’s direct contribution to the global economy — $664.4 billion and 9.9 million jobs in 2014. Australia’s third largest export earner, as at March 2018, behind coal, and ahead of natural gas, is the education sector’s international student industry… entirely dependent on international aviation. 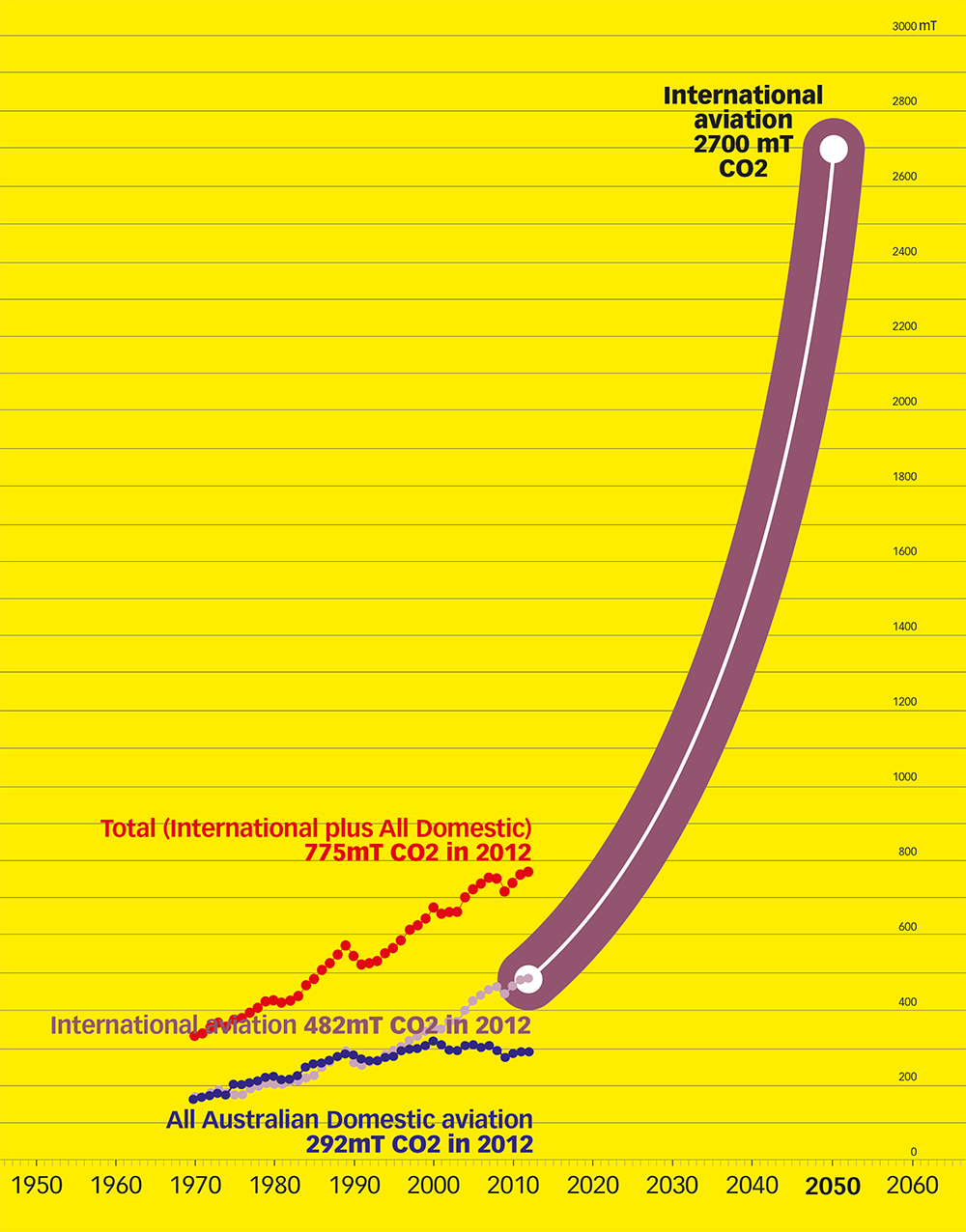 Australia has no aviation-specific emissions reduction targets.In 2011, according to the National Greenhouse Gas Inventory, Australia’s civil aviation sector emitted a total of 17.7 mT of carbon dioxide equivalent (CO2-e, which is a standard unit for measuring carbon footprints). Of this, 7.08 mT, or 40%, were from domestic aviation and 10.62 mT from international operations.

“Strong growth in domestic passenger numbers since 2011 is expected to continue through this period”, says the Australian Department of Environment and Energy, driven by “a combination of falling airfares due to increased competition, lower oil prices and an increasing passenger preference for air travel over road or rail for long distances”.

According to the Australian Department of Environment and Energy, “Australia has not set a quantitative target for emission reductions in the domestic aviation sector. Under the 2015 Paris Agreement, Australia’s Nationally Determined Contribution is to commit to implement an economy-wide target to reduce greenhouse gas emissions by 26 to 28% below 2005 levels by 2030. The government maintains that all sectors have a role to play that is important to reducing Australia’s emissions.” 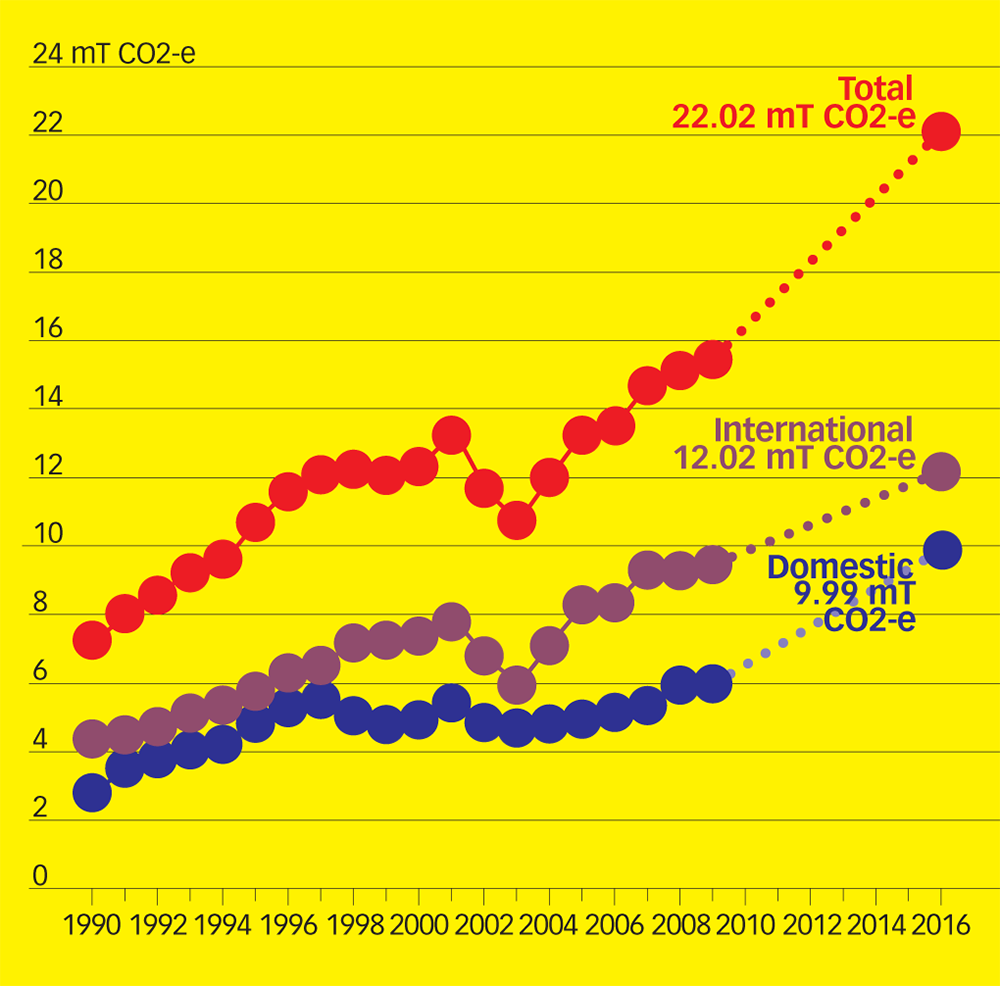